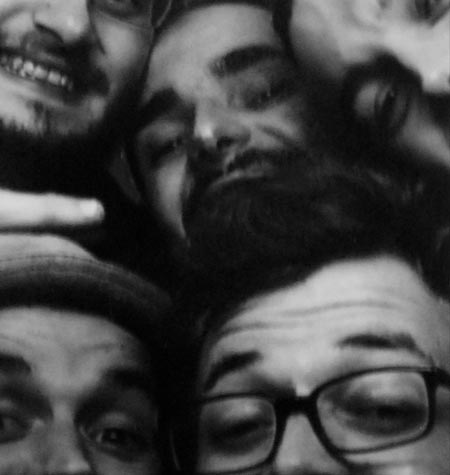 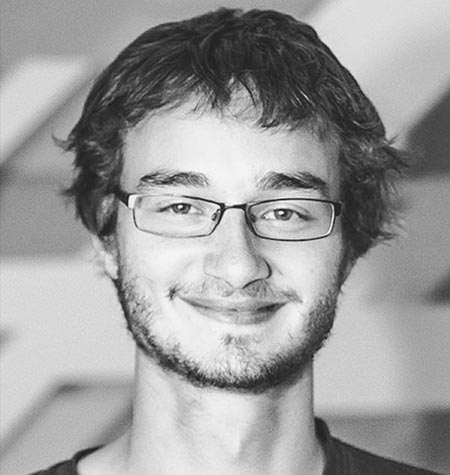 Overview of the history and status of sites-specific narrations through the technology of Projection Mapping.


In their presentation, Marcel Bückner, Tim Georg Heinze, and Lorenz Potthast will give a brief overview of the history and status of sites-specific narrations through the technology of Projection Mapping.

By showing and talking about examples they will show how there work is positioned somewhere in between the fields of Animation, Mixed Reality and Light Art. Also they aim to give a brief outlook on some thoughts on the term of Screenization, a term that describes the increasing dissemination of Digital Screens in our perception in general and the transformation of environments into screens specifically.

Xenorama is an interdisciplinary collective for audio-visual art that consists of Marcel Bückner, Tim Heinze, Richard Oeckel, Lorenz Potthast and Moritz Richartz. Since 2014 we are based in Potsdam, Germany but nevertheless feel home and well connected in many other places.

We are united by the fascination to use technology to create magic. We combine expertise in the fields of design, animation, programming, sound design and composition and specialize in immersive experiences, interactive installations, and light projection shows.

Our projects won several national and international awards, including the Micromapping and Audience Award at International Mapping Festival Girona, Shortlist at LUMEN Prize London, the Genius Loci Mapping Festival award and the ZKM Schlosslichtspiele BestOf Selection. Our works were shown amongst others in Germany, Denmark, Italy, USA, South Africa, India, Tunisia and published in several magazines and books.

Marcel Bückner
As an engineer and media artist Marcel Bückner uses new media technologies to question the perception of reality. He is interested in spatial cinema and site specific narration as well as in new forms of human-computer interaction. Having grown up in Berlin and Potsdam after numerous travels he studied Media Engineering in Düsseldorf with the main emphasis on Virtual Reality and Interactive Visualization. Currently, he is studying for the Master in Creative Technologies at the Film University Babelsberg Konrad Wolf. Interdisciplinarily-orientated he has realized short films, video installations, and interactive applications. With Xenorama he works on media art installations and explores new ways to convey the narrative elements of film away from the cinema screen into the urban area.

Lorenz Potthast
is a media artist with a design background, technological interest and cultural empathy. On the one hand he uses the possibilities of Digital Media as a new way of playful, artistic expression while on the other hand he investigates the implications of a transforming digitalized and globalized world through critical research and analysis. Lorenz studied Integrated Design at the University of Arts in Bremen and Interaction Design at IUAV Venice. He is a co-funding member of Xenorama. In between, he worked for one year as Multimedia Centre Coordinator in Durban, South Africa and initiated MEET YOUR NEIGHBOURS, a platform for intercultural exchange with refugees. Currently, he is writing his Master Thesis “Screenization – On the Diffusion of Digital Screens” in the Digital Media Program at the HfK Bremen. Lorenz’ projects have been internationally exhibited and repeatedly honored.