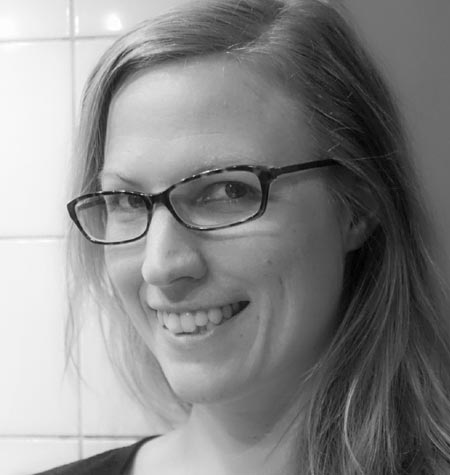 
In Science Visualization Lab Angewandte at Digital Arts department of University of Applied Arts Vienna, we have a long tradition of telling facts about nature. In producing internationally successful documentaries, we created some well-received narrational pieces. Our recent activities shifted more to scientific visualizations for “art and science” projects. Different approaches to conveying knowledge are key in the lab’s latest visualizations driven by scientific data. The projects give examples to talk about the role of visualizations in the sciences and their relation to reality. Scientific visualizations and their narrational styles shape our experiences of the realm of scientific findings and therefore the way we think about and perceive our surroundings.

The abbreviation CRISPR/Cas9 stands for a relatively new method to change sequences in the genome. The manipulation can be done precisely, like it was unimaginable just a few years ago. In the world of genetic engineering, it is a revolution whose impact on human existence yet cannot be estimated. Our animation of the process was part of the interactive full-dome installation in the Future Room section of the exhibition “ÄSTHETIK DER VERÄNDERUNG” in the Museum of Applied Arts Vienna. This exhibition was dedicated to the future of art, education, and society and showed a scientific visualization of this technology. The example should be used to talk about the creation process of scientific visualizations and their use of communicating scientific narratives.

Martina Fröschl is digital designer and focuses on computer-generated images. She studied media technique & media design and graduated with a thesis about how CGI relate to the generated factual reality of documentary and mockumentary films. The depiction of realities and biological phenomena has ever since driven her creations. She worked on various documentary and fictional productions for TV and cinema as visual effects and CGI artist. She presented at various conferences and workshops like Science Visualization in TV and Film for Better Understanding of Science – Bangkok 2010, FMX Conference – Stuttgart 2013, Mite Colloquium – Graz 2013, Blender Conference – Amsterdam 2016, LASER UCLA – Los Angeles 2016, CAx – Berlin 2017, Fluid Visualisation and Sound Matters: Bridging Art, Science, and Visualisation Symposium – Vienna 2017, and On|Off 100101010 Symposium – Singapure 2017. Within a large group of volunteers, she organizes since 2008 the conference PIXELvienna – Annual Conference on Computer Graphics & Animation and was editor-in-chief of CGmag Austria. Her recent computer animations are based on scientific imaging data like μCT, MRI, SEM and light microscopy in collaboration with imaging experts and biologists.